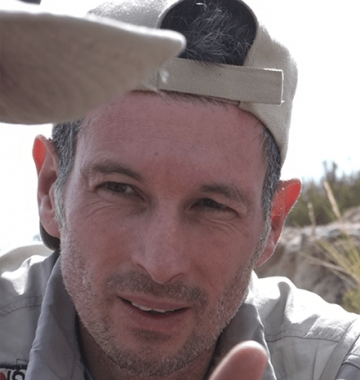 Originally a specialist in Cenozoic megamammals of the Old World (mostly rhinoceroses: taxonomy, phylogeny and distribution), I have also been working since 2003 on mammalian assemblages in the Tertiary of South America, and more generally on the evolution and dynamics of Neotropical terrestrial and aquatic palaeo-ecosystems over Cenozoic times. This shift allowed me for adopting a much broader vision of evolution, at the scale of ecosystems and in close relation with regional and global abiotic forcings.
I have been coordinating an international and multidisciplinary team (palaeontologists, geologists, and biologists) in Western Amazonia since 2004, in the central Andes since 2011 and in the Caribbean since 2018 (ANR GAARAnti), while continuing to develop my expertise on fossil and living rhinos. Since my beginnings, the fossil specimens that I study come mainly from the field missions I am coordinating or participating in.

– Deputy Director of the Institute of Evolutionary Sciences of Montpellier (UM-CNRS-IRD-EPHE) (since 2013)
– Associate editor of CR Palevol (2012>), Geobios (2013>), Palaeovertebrata (2013>), European J of Taxonomy (2013>), Ameghiniana (2016>), J Animal Diversity (2019>)
– President of the Scientific Council (SC) of the Haute-Provence National Geological Nature Reserve (RNNGHP) (2020>)
– Member of the SC of the Initiative d’Avenir ReColNat
– Member of the Advisory Committee of the Sainte-Victoire Geological Reserve
– Head of the Section 36 Commission, Université de Montpellier (2013>)
– Head of the Earth and Water Sciences Degree at UM (LMD4; 2014-21)